Sun/This Week: Handing over the keys: U of M students complete projects for Rosemount 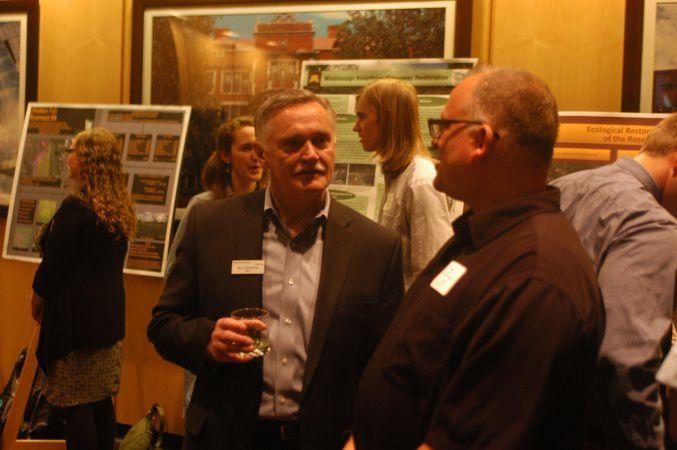 If information is the key to success, then a host of University of Minnesota graduate and undergraduate students have handed over they keys to Rosemount leaders through 29 recently completed Resilient Communities Projects.

The projects, which included ideas for park redevelopment, solar energy use and curbing teen substance abuse, aim to help Rosemount envision and implement these plans to help the community find future success.

The students devoted countless hours of time and energy in researching topics and recommending action steps in areas that current city staff members said they never had the time to investigate.

“Some of these are questions we have had for decades,” said Community Development Director Kim Lindquist during a 2014-15 RCP recognition ceremony at the university on Friday.

Lindquist said the work of the students not only provided valuable information, it gave her and other city staff members a renewed vigor for their work.

“We all benefited from that,” she said.

Mayor Bill Droste said the projects exposed city leaders to issues and insight that they might not have had otherwise.

He said RCP has the city thinking about how it makes long-term decisions to promote sustainability and improve civic engagement to move the community forward in a positive direction.

The interaction won’t end with the close of the school year.

One U of M student is making a presentation to Rosemount High School students this week about his proposal for a restorative rather than punitive approach to substance abuse violations by teens.

Droste said RCP leaders will meet with members of the Rosemount Area Arts Council to discuss how the arts can build a healthier community.

Another project that could have concrete results is one student group’s plan to encourage greater participation by minority youths in recreational activities.

That is a topic Rosemount leaders discussed as an important initiative recently when meeting with Rosemount-Apple Valley-Eagan School District multicultural family advocates.

“This was an issue that was unique to Rosemount,” said Mike Greco, RCP manager, who has led other project programs in Minnetonka and North St. Paul in the previous two years.

“It’s not surprising that this topic rose to the top,” Greco said of it links to diversity, youths and community interaction.

RCP selected Rosemount as its partner community for the 2014-15 academic year after a competitive request-for-proposal process.

The program was launched during the 2013-14 school year, when RCP worked with Minnetonka, and the following year, with North St. Paul.

The Rosemount projects were nearly double the number from previous years and included the work from an estimated 400 students.

Greco said students who participate in RCP benefit from real-world opportunities to apply their knowledge and training and bring energy, enthusiasm and innovative approaches to address local issues.

RCP is an initiative of the Sustainability Faculty Network at the University of Minnesota, with funding and administrative support provided by the Center for Urban and Regional Affairs and the Institute on the Environment.